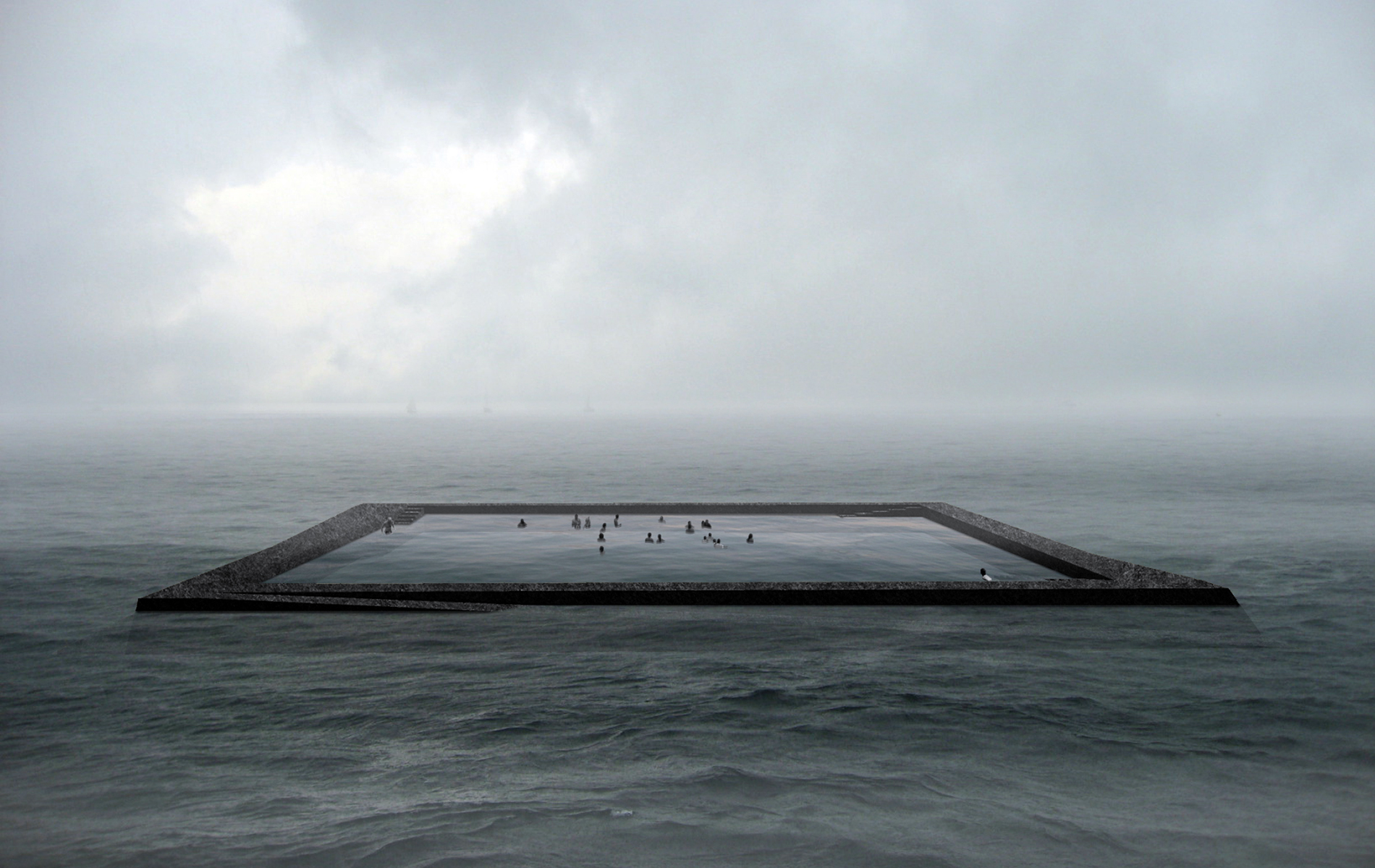 Illustration of proposed Basalt chamber in the Atlantic Sea

This project, which was carried out in Collaboration with Donal Hickey, was shortlisted and developed in the second stage of an International Competition for a new Holocaust Memorial in Atlantic City held in 2010. The proposal which consists of two parts, a basalt chamber which was to sit in the shoreline and a Portland Stone open room which was embedded into the sandbanks of the shore line between the Atlantic sea and Atlantic City.

The original site proposed by the competition committee situated a memorial on the Atlantic City Boardwalk amongst the casinos and fun palaces. Our proposal included a suggestion to move the site between the residential section of Atlantic City and the Leisure infrastructure and in line with the city’s existing war memorials.

Additionally, this move allowed the proposal to enjoy the placement of a large chamber in the Atlantic Sea which flows into the worlds body of water connecting all coastlines together.

The Basalt chamber which measures 50 x 50 meters was situated in the topography of the coast and placed in order to be both fully visible and full submerged in the summer and spring tides. The Portland Stone one room was designed to host curated poetry from all cultures that suffered genocide with the key stones at the entrances holding the poetry of those passing across the water seeking exile in the second world war. The structural systems devised to be constructed via a series of concrete pier blocks, which were to

be anchored into the coast via resin basalt rods. The basalt itself was to be sourced and extracted from from local quarries.

The proposal including models, images, soundscape and drawings was invited for exhibition by the president of the Royal Hibernian Academy Des McMahon in their Summer Show held in the Douglas Hyde Gallery Dublin in 2011. Following exhibition, the project was invited to be entered into the Irish Architectural Archives as part of their permanent collection.

Additional photography of the exhibit at the Douglas Hyde Gallery by Paul Tierney. 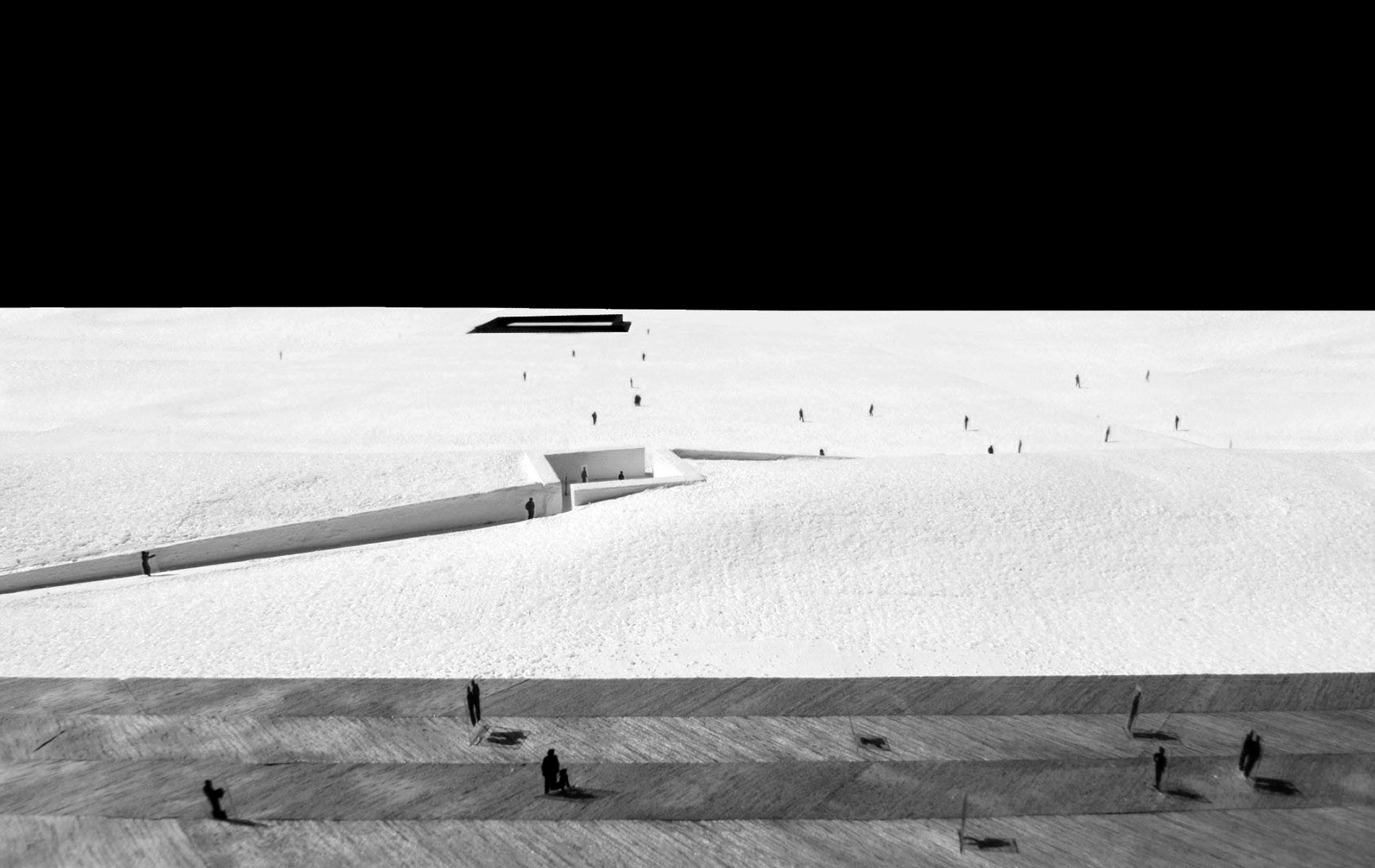 Model of proposed memorial, in the foreground is the Atlantic City Boardwalk, the Portland Stone Access Chamber, and in the background the Basalt chamber tide out. 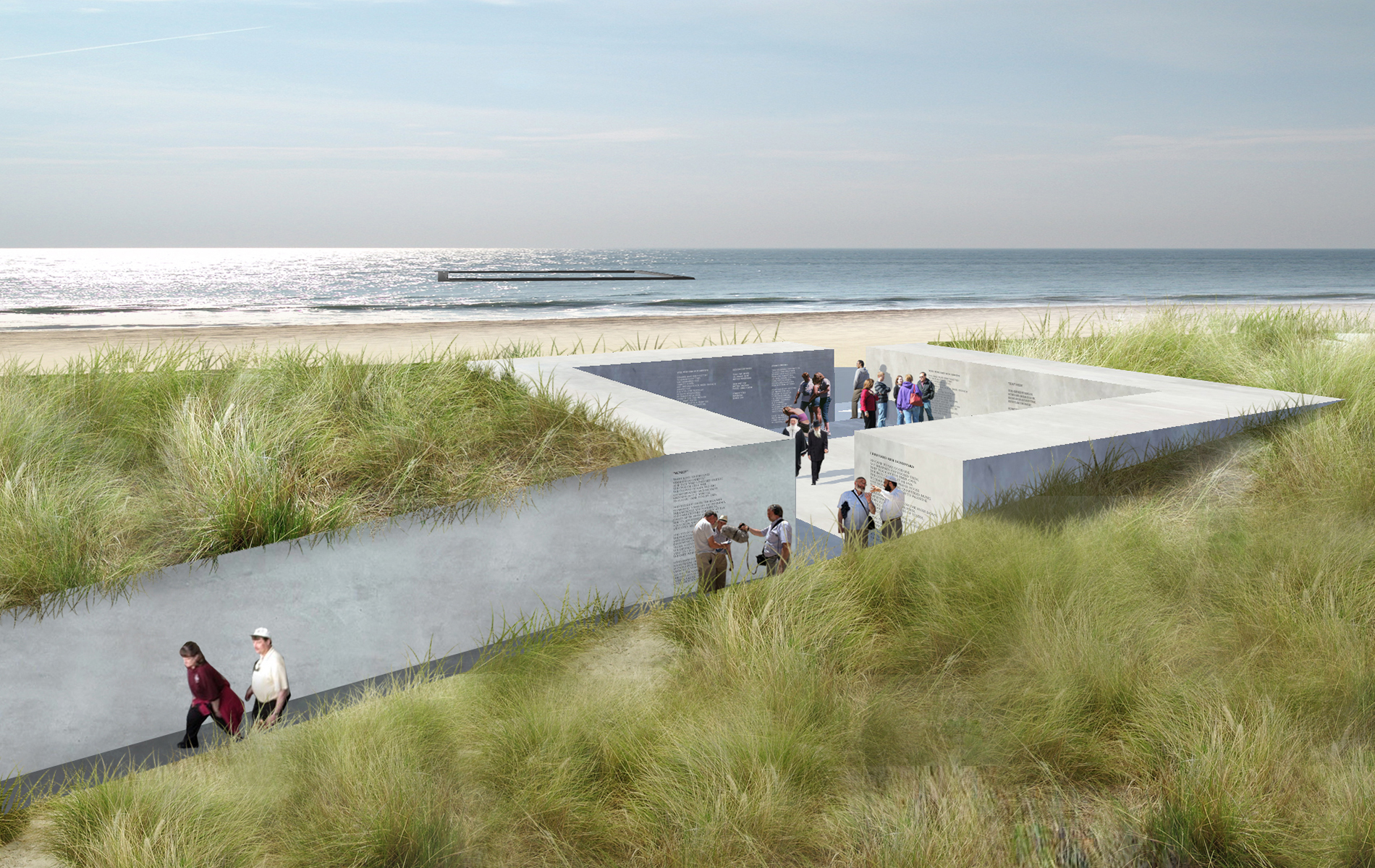 Illustration of proposed memorial the Portland Stone Access Chamber, and in the background the Basalt chamber tide in. 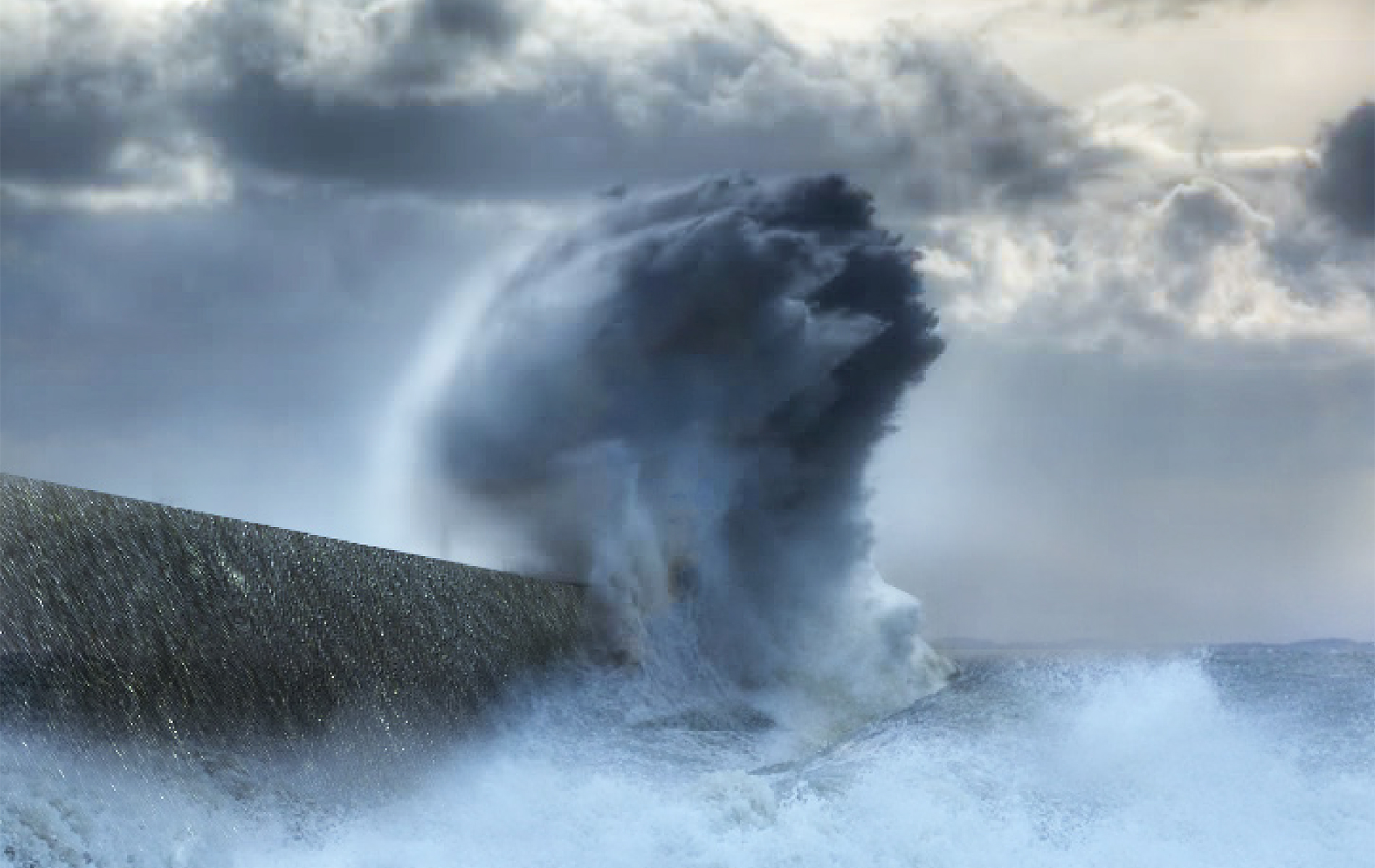 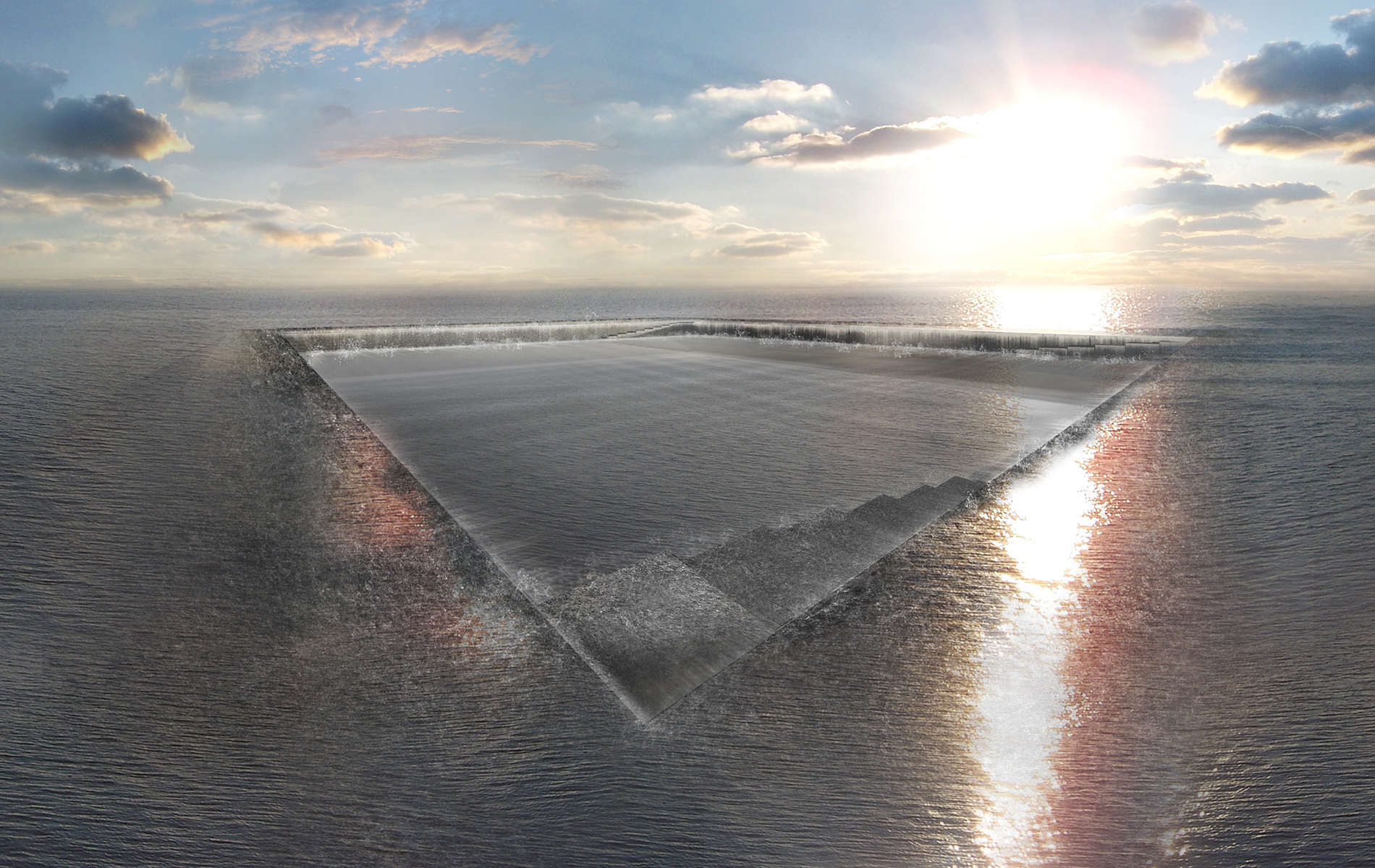 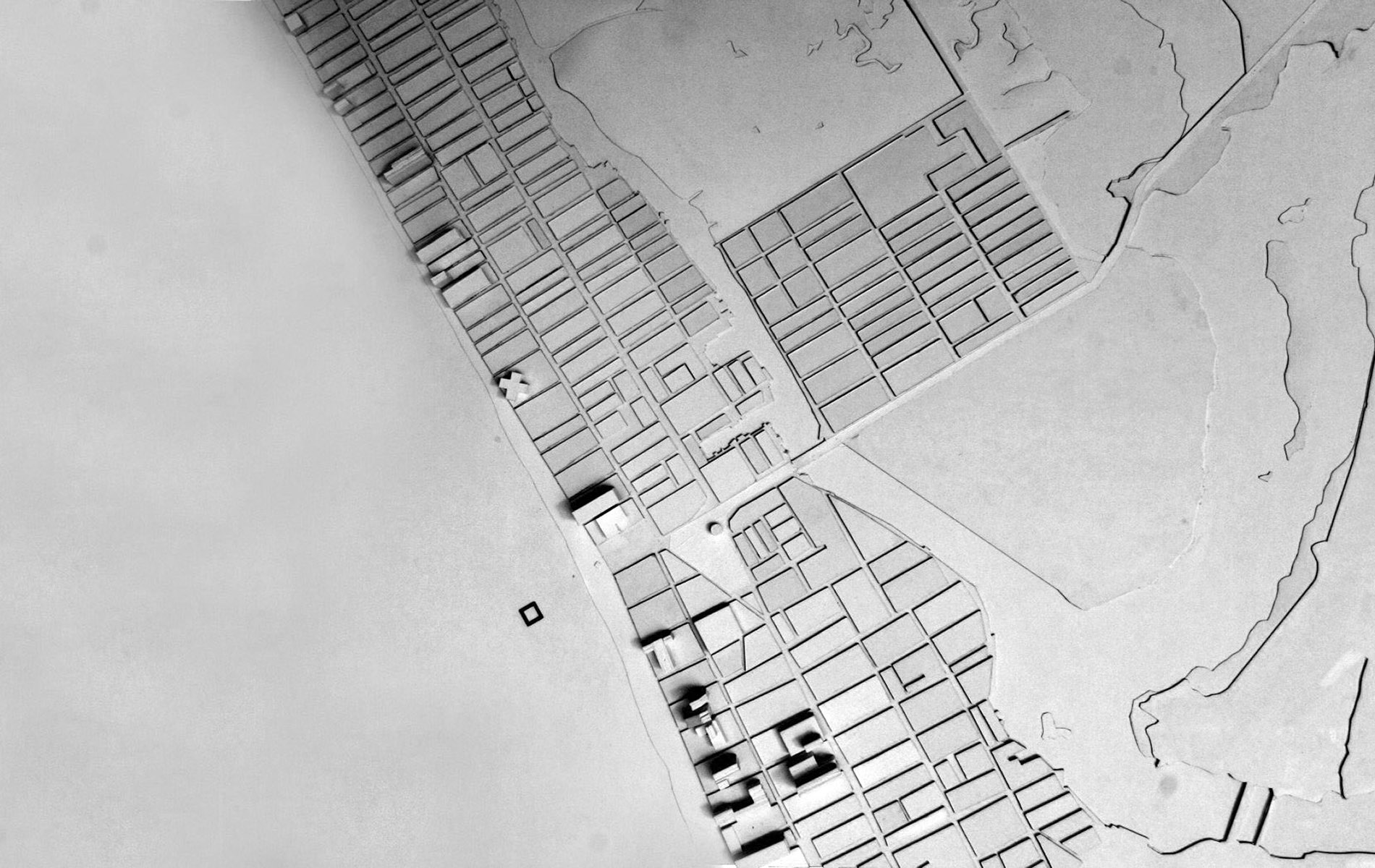 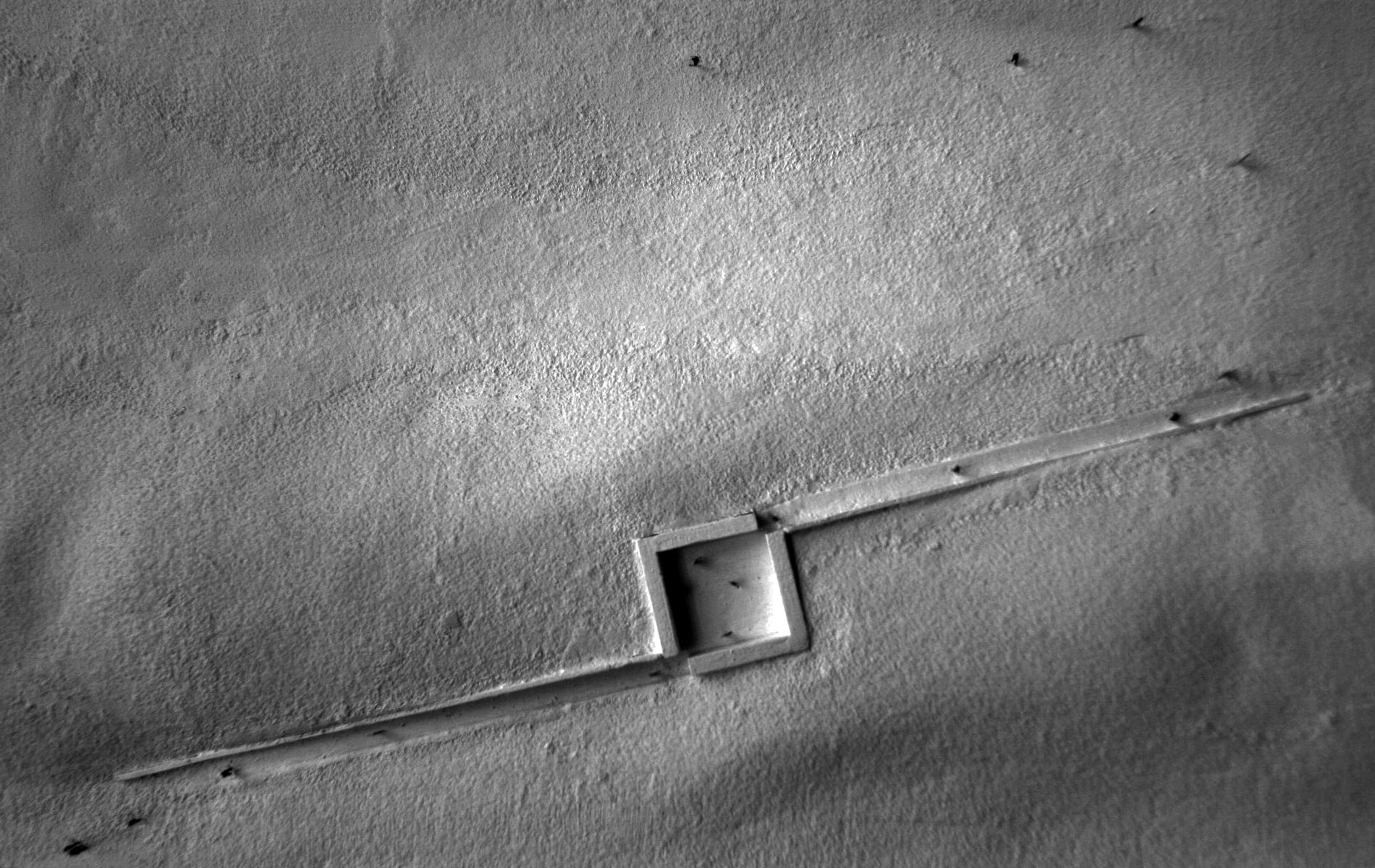 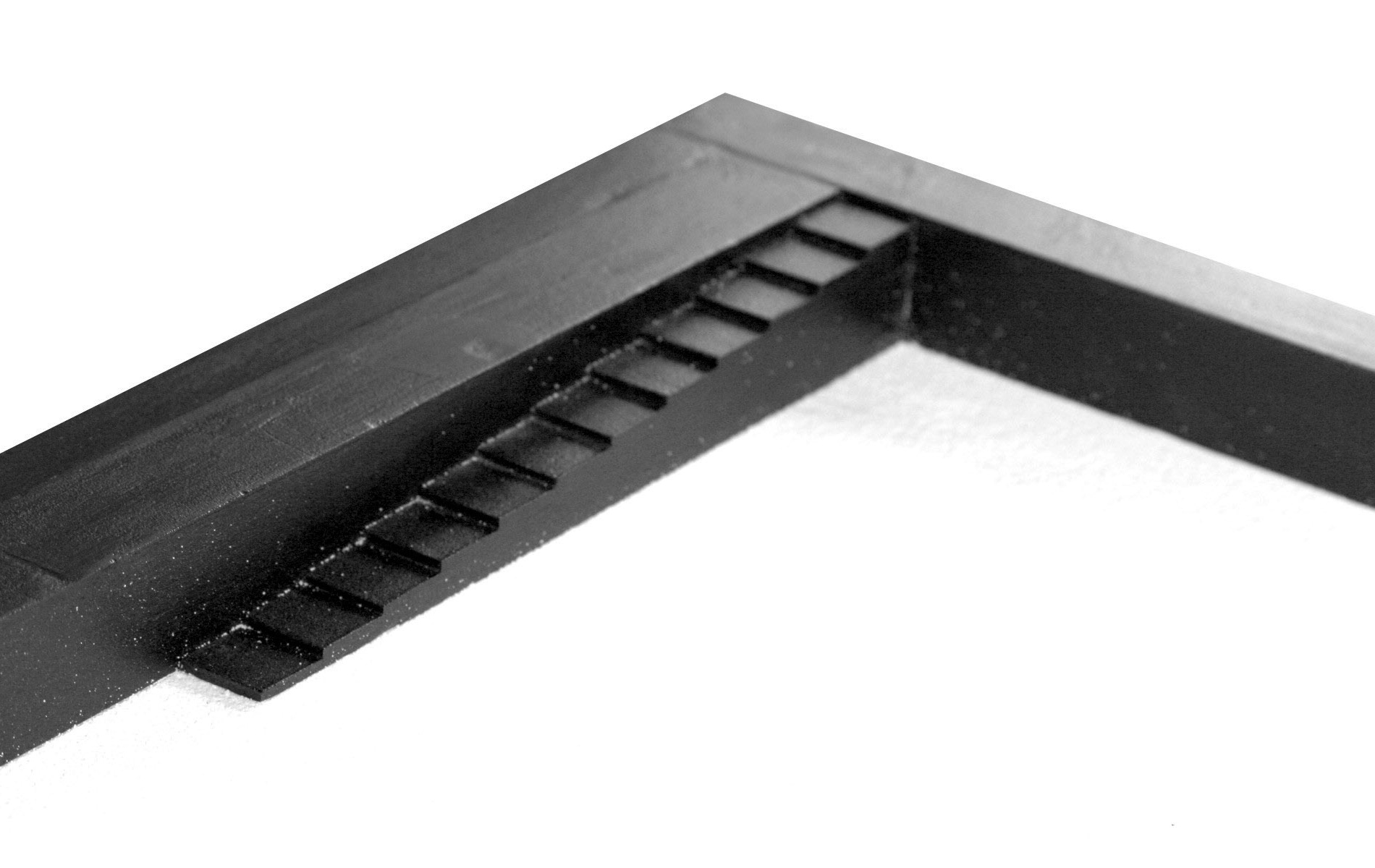 Detail of the Model of the Basalt Chamber. 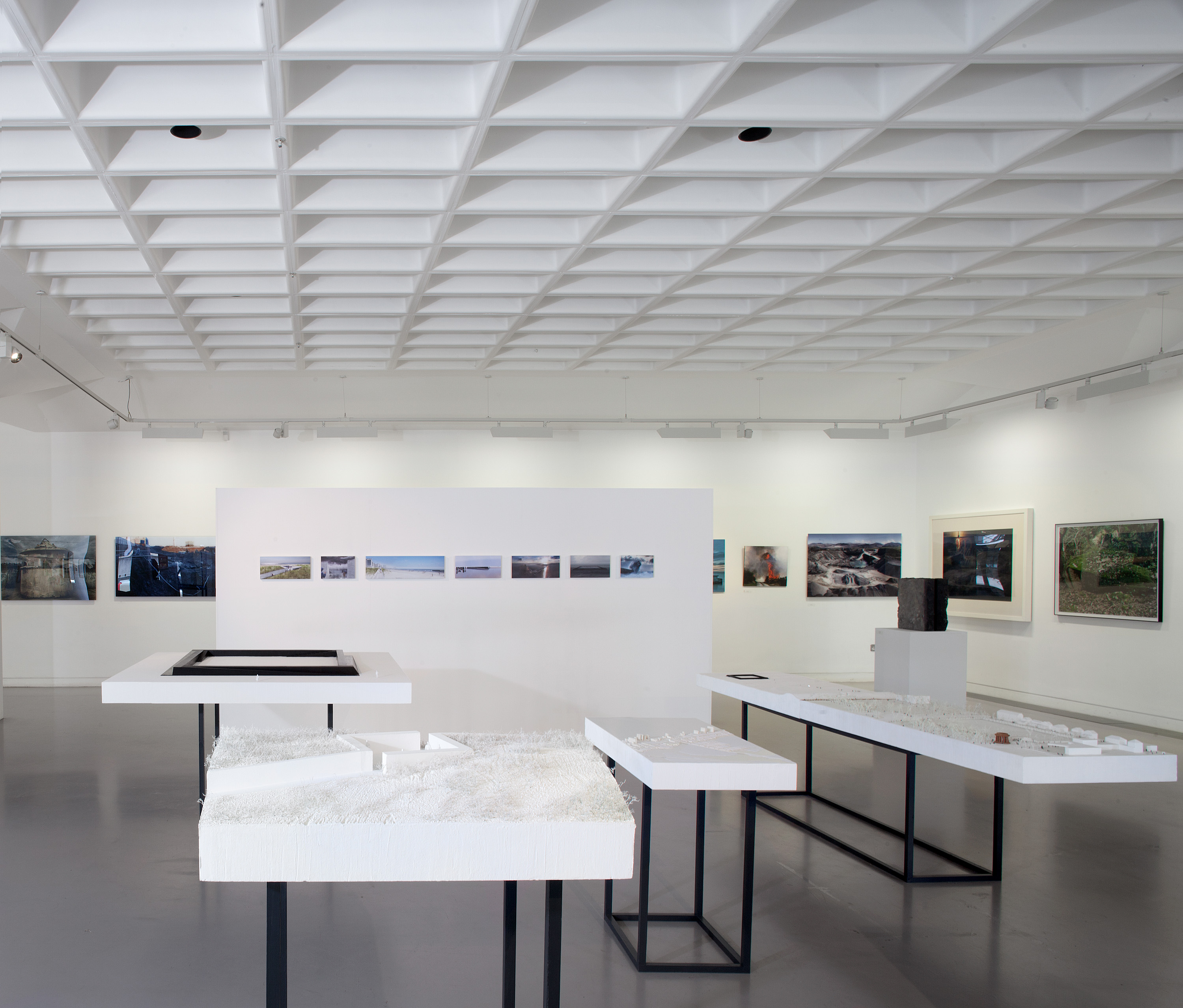