This sculpture was commissioned by HSB Biologigränd, Ålidem, Umeå via a shortlisted invited competition. While living in Umeå I had made a series of recordings of the landscape and material extraction infrastructures surrounding Umeå which is a city in the Northern part of Sweden just at the edge of the sub arctic circle and at the centre of mineral and timber extraction zones that exist in the surrounding territories. The working title for the work was “Colours” and it was the intension to generate an object which would consist of surface that would transform it’s appearance through the wide ranging weather conditions from almost 24hr daylight in the summer to sub -26 oC in the winter.

One of the contradictions that occurs in areas of large spanning areas of natural resources is that the idea of wilderness is often inhabited by select practices of the city. Often while driving around one would come across large classic American cars or meetings of lined up hot rods. This combined with the customisation of large haulage trucks with airbrushed nicknames, images of ideal nature and wild predatory animals was interesting in terms of considering a permanent landscape sculpture. And so Colours was dropped and the project became Transition Transmission a monument to the woods and the road.

I worked with large plates of mild steel which were folded to produce a monocoque structure. On top of which an application of hyper shift paint, capturing six distinct, was applied and then finished with a super wet glossy lacquer. It’s about as pimped up a paint job as you can get. I was delighted to have the to have the opportunity to work with Robert Forsgren based in Umeå and a celebrated airbrush artist amongst the truck drivers of Sweden. The work stands permanently at the edge of the Neighbourhood of Biologigränd. 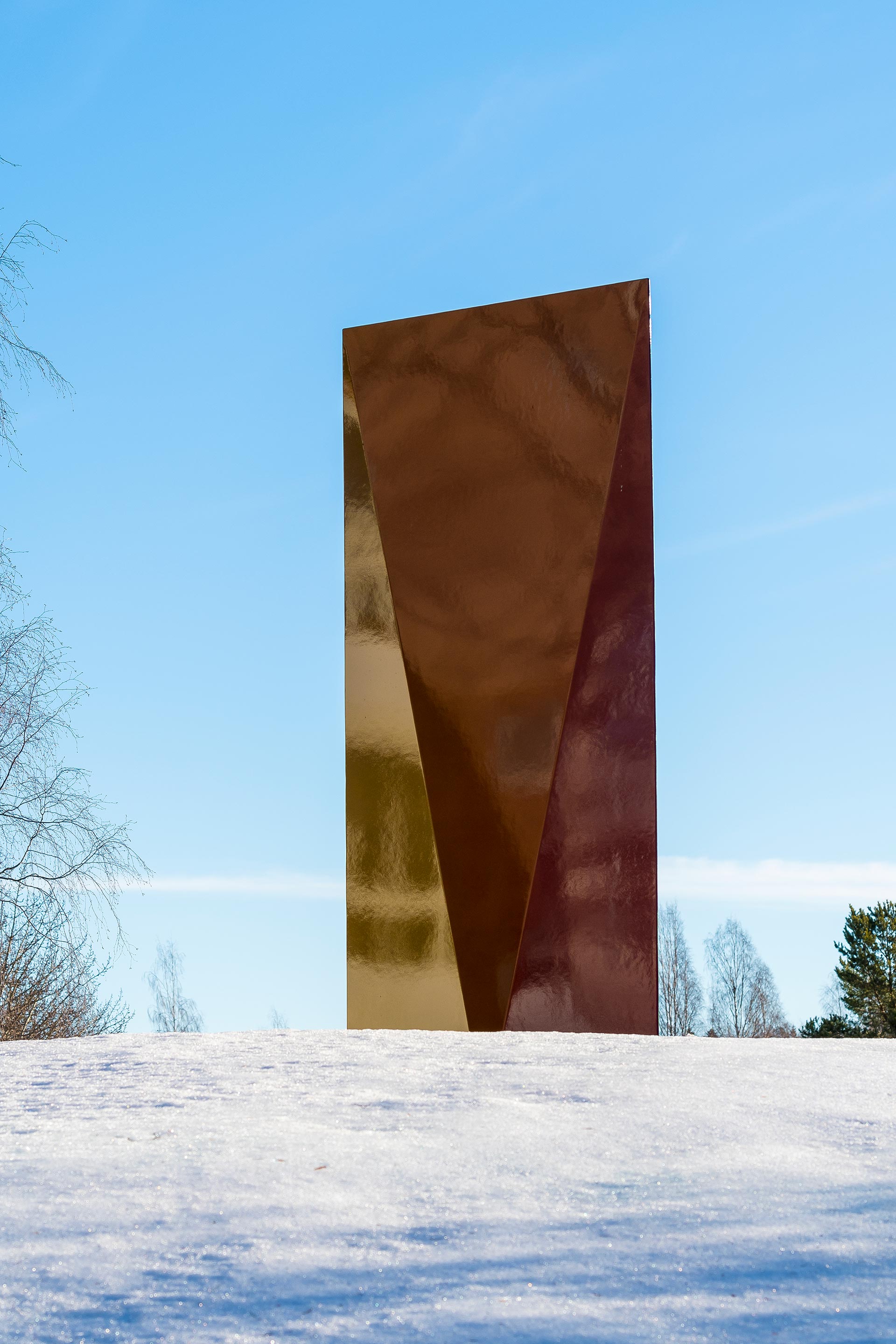 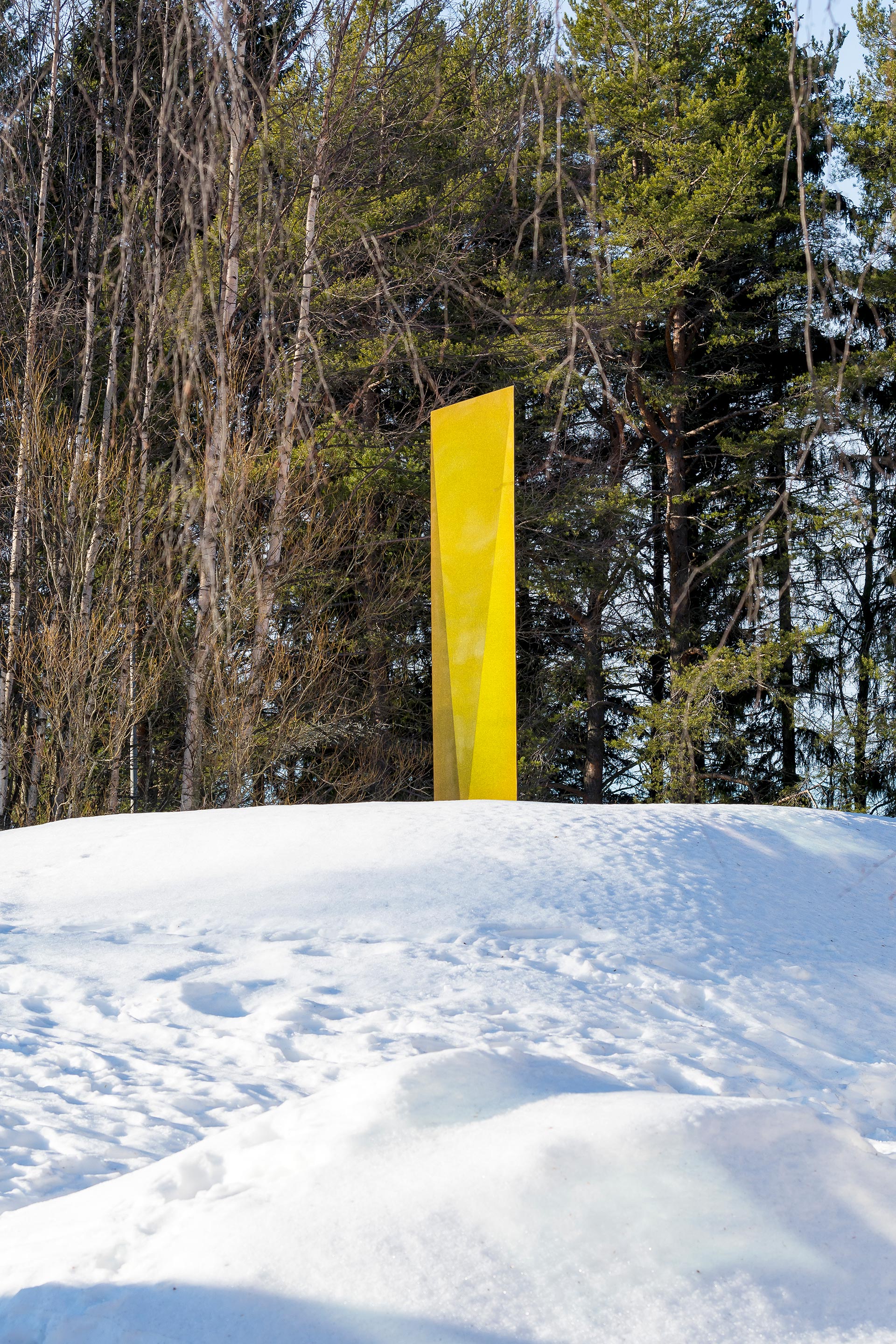 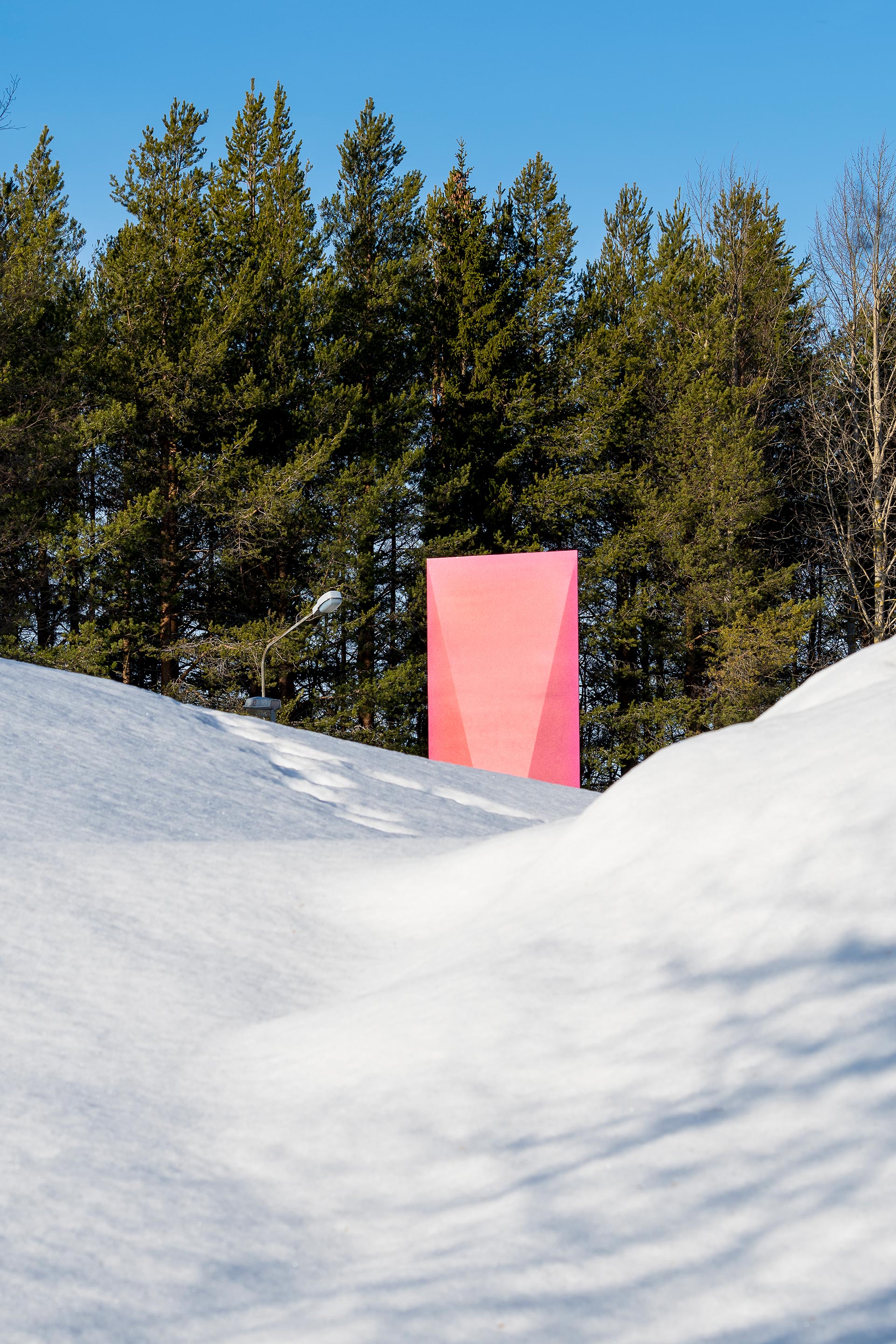 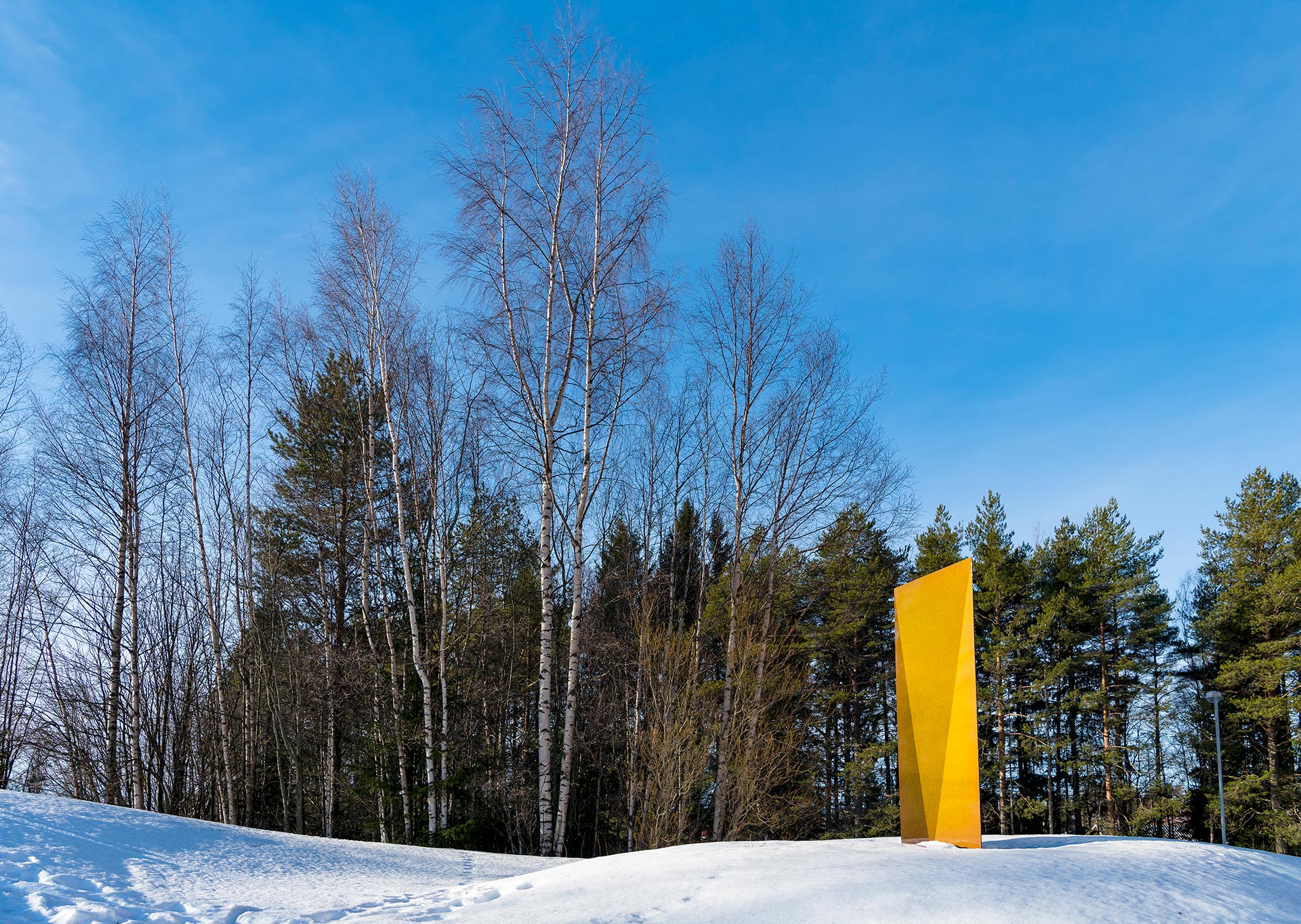