This sculptural was commissioned by Svensk Form as part of a collaboration with the Komatsu prefecture in Japan to celebrate the twin cities of Umeå and Komatsu during the year Umeå was European city of culture. The joining of the cities relates directly to the timber industry in Vasterbotten. While Vasterbotten holds large amounts of commercial forestry it is also a site of tourism, hunting and folklore as such the artificial notion of nature as cultural identity was explored though material experimentation, form and use.

The semi-permanent structure consisted of a gold

camouflaged hide which covered a chez long bed. The gold camouflage was handmade and uniquely created for the installation and was designed to reduce the power of mobile phone signals. The scale of the material cuts which form the perforated material were made to emphasise the natural environment while the reflective gold was specifically chosen as a material which would distinguish the Koja from it’s surrounding while simultaneously reflecting it. This effect was further amplified with a digital communications scrambling device which was triggered upon sitting on the chez long. This allowed those who entered the Koja to disappear

from both the park and the global communication network while making the Koja a distinct and clear object in the landscape. The Uninvisible Koja stood in a public park though the summer and into the autumn acting as both a hide and a space of gathering for the public.

In order to realise the project the material fabrication was carried out within the Umeå Arts Campus digital manufacturing facility and with the aid of software and digital hardware specialists. The work was programmed, managed and installed on site by the Artist. 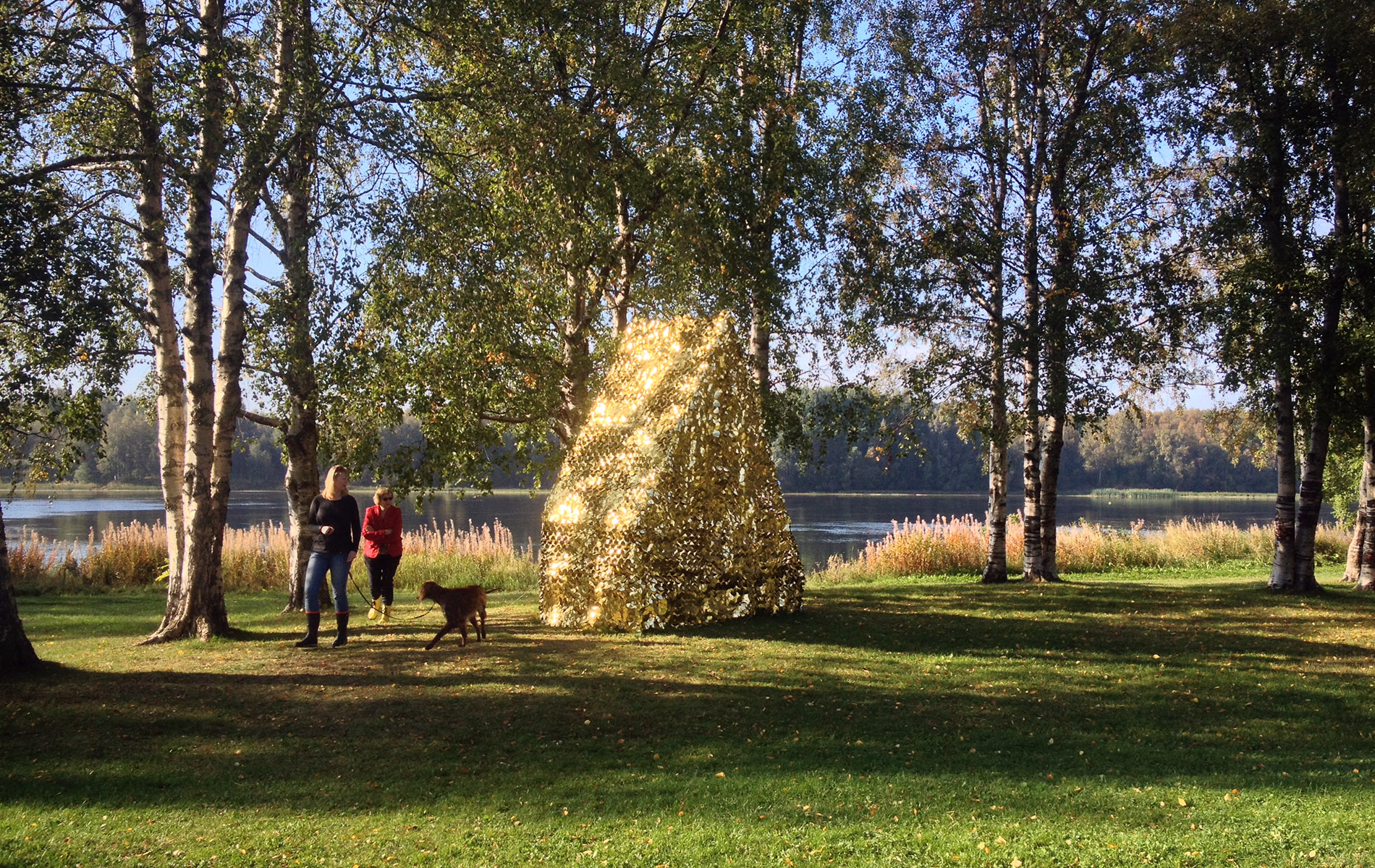 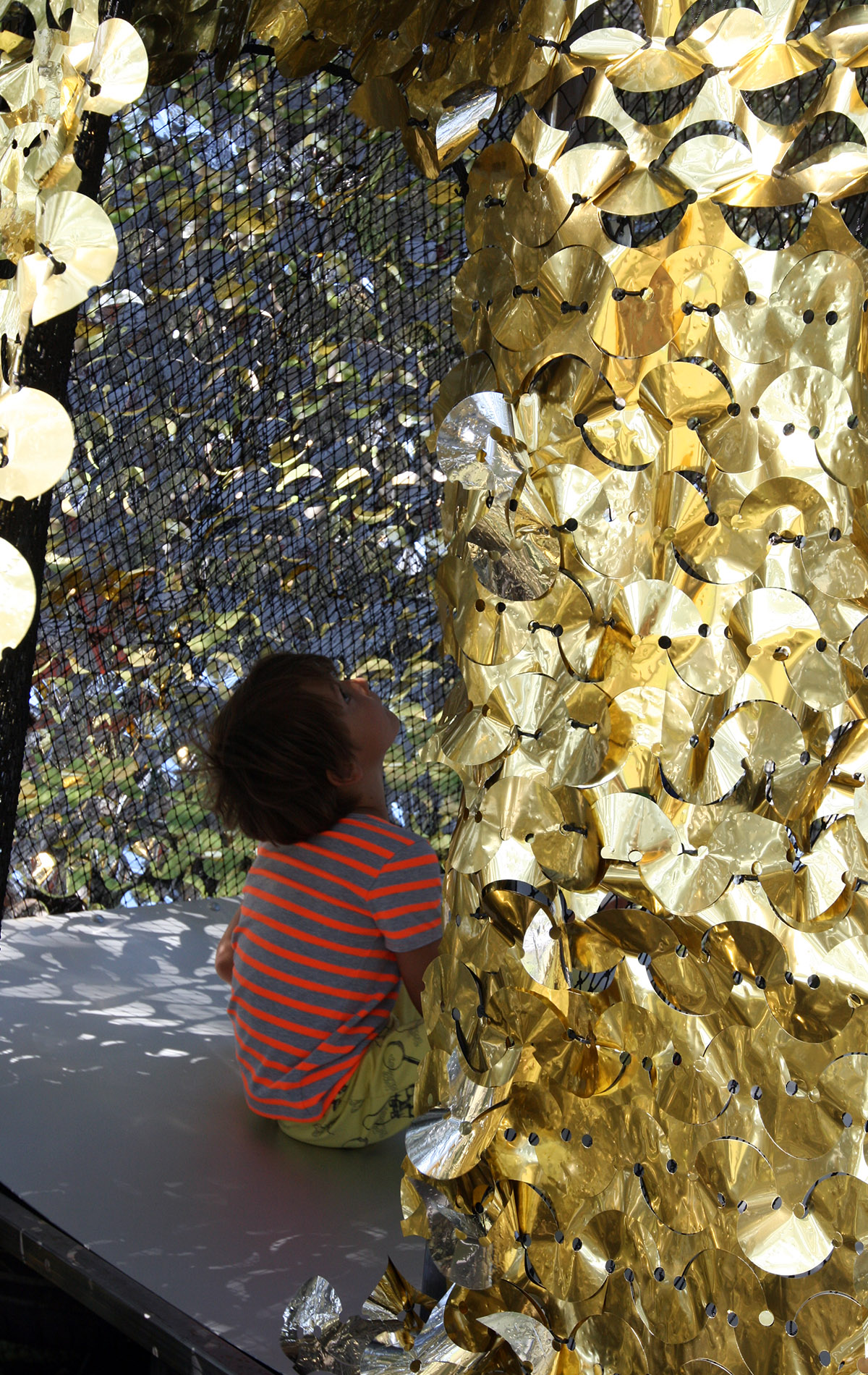 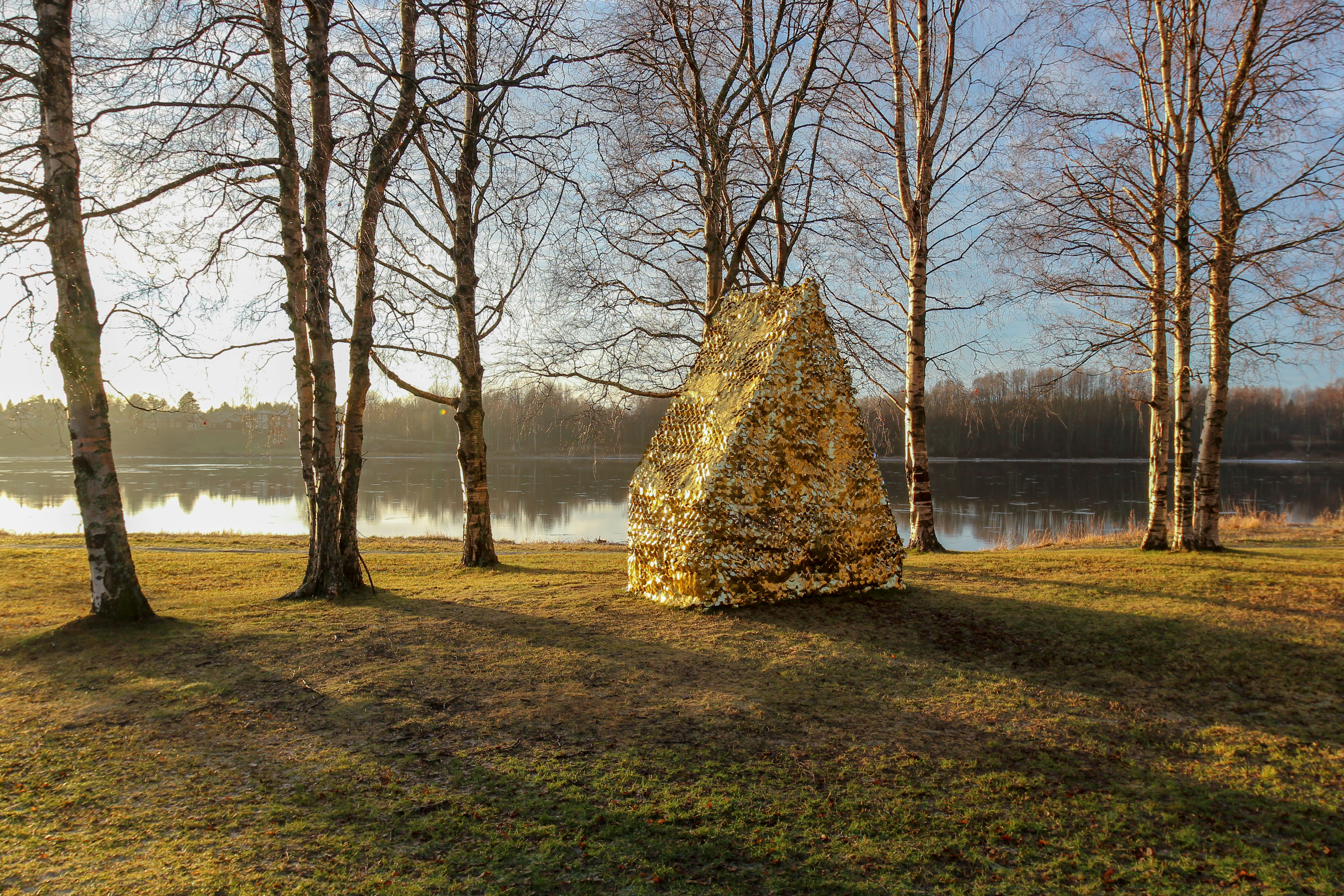 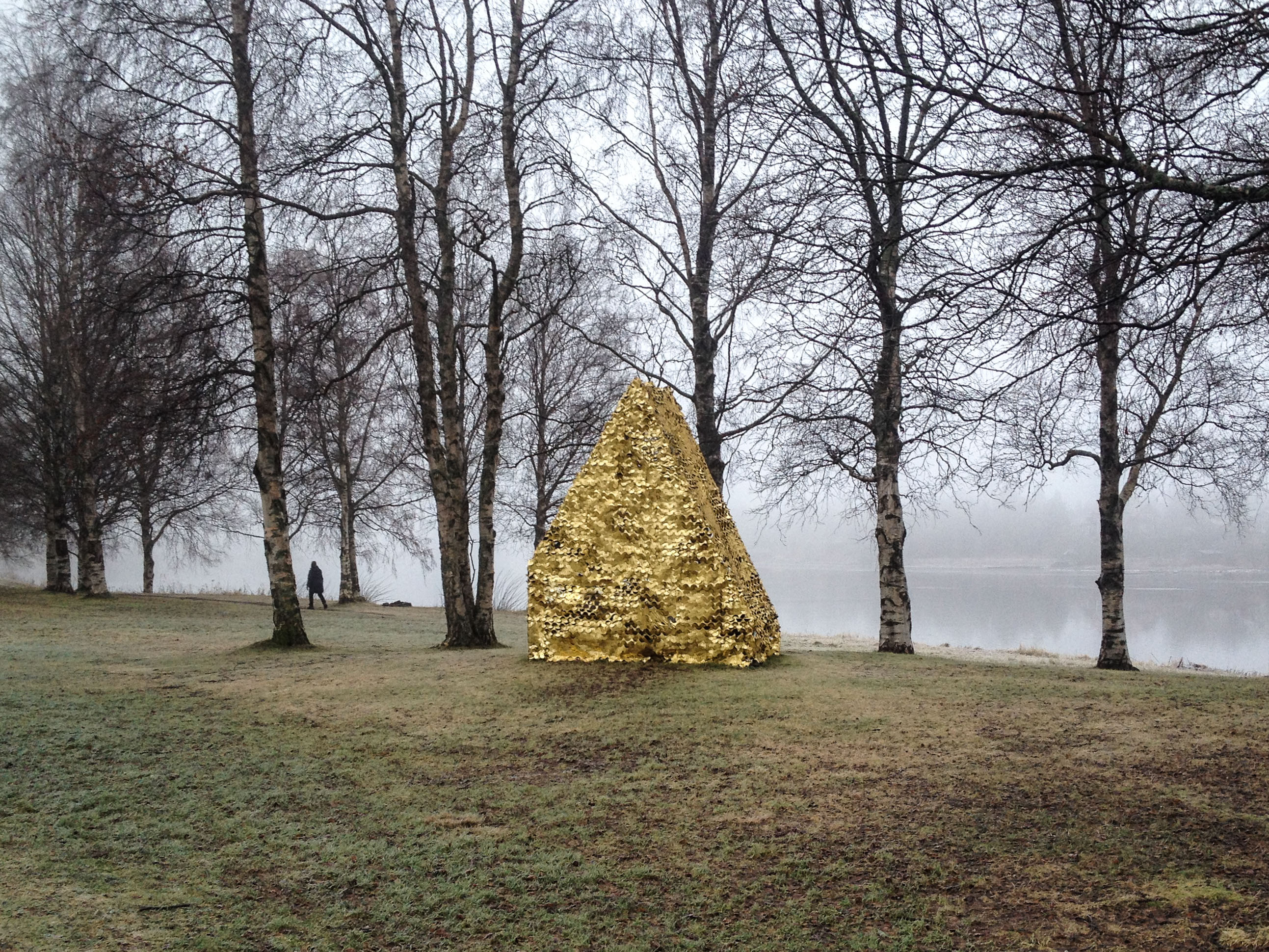 Photograph Installation from across the river Ume, Umeå Autumn 2014.